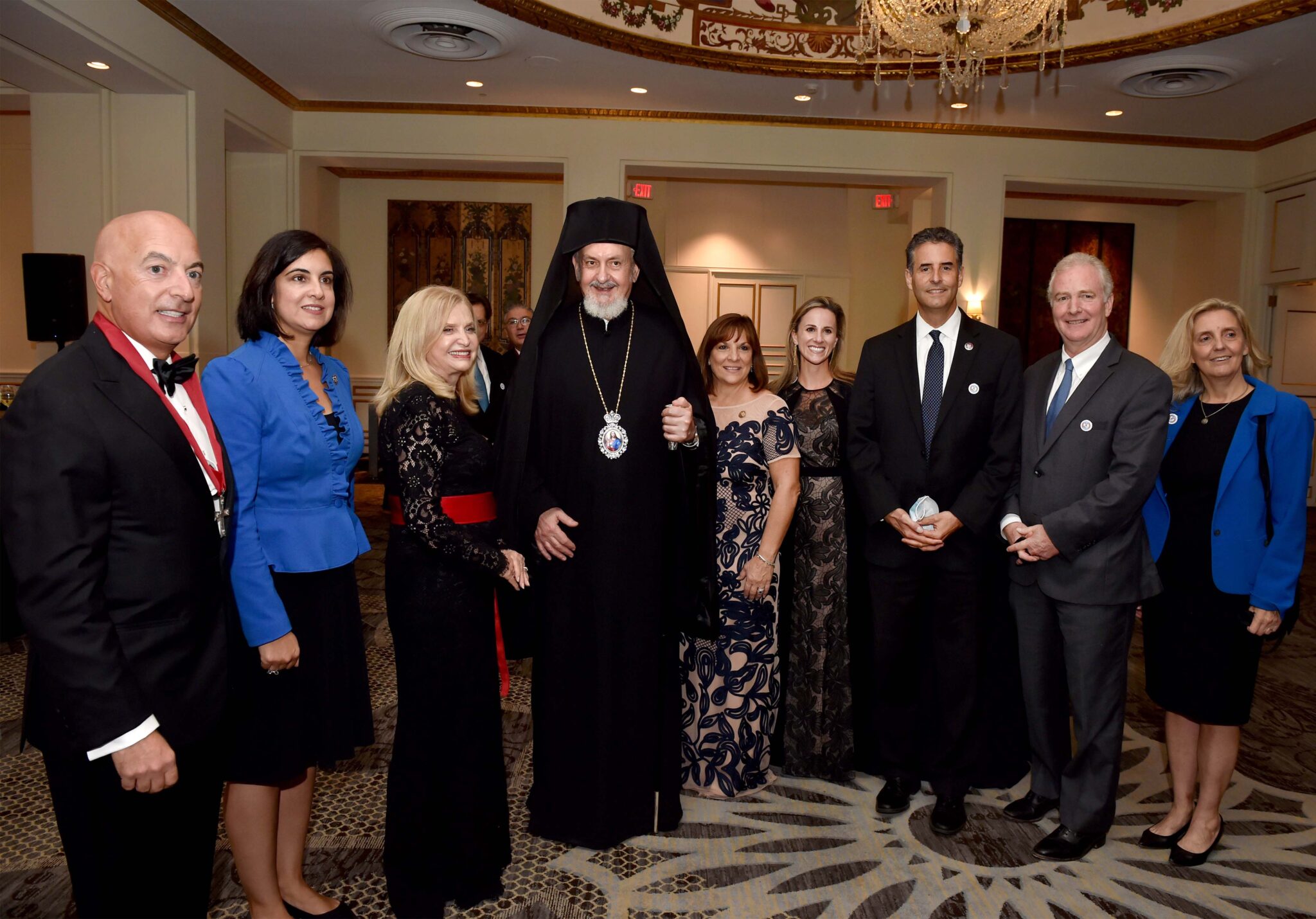 The American Hellenic Educational Progressive Association (Order of AHEPA) hosted its 45th Biennial Congressional banquet in honor of His All-Holiness Ecumenical Patriarch Bartholomew I, and to mark the commencement of his historic third Apostolic Visit to the United States, at the Mayflower Hotel, Washington, D.C., Oct. 24, 2021.

“AHEPA promotes all the values and principles that are the rich legacy of Hellenism – Ancient, Byzantine, and Modern,” His Eminence Metropolitan Emmanuel said  during his toast. “And the Holy Archdiocese, as the daughter of the Ecumenical Patriarchate, embodies these values and principles as they have been baptized into Christ through the preaching of the Gospel. For the Omogeneia, the Archdiocese and AHEPA are two hands of one body, and we are grateful for their cooperative spirit.”

Tonight, we celebrate the 30-year anniversary of His All-Holiness’s election to Ecumenical Patriarch,” he said. “Thirty years of service preaching love, unity and compassion to the world.”

Kokotas added, “We also must make sure His All-Holiness’s ministry, his message and his spiritual home—the Ecumenical Patriarchate—are safeguarded from the plight they face daily. They must be sustained…it must flourish.”

His Eminence Archbishop Elpidophoros of America received AHEPA’s presentation of $100,000 to become a Founding Member of the Ecumenical Patriarch Bartholomew Foundation: For the Sacred See of Saint Andrew. Supreme President Jimmy Kokotas and Chairman of the Board Nicholas A. Karacostas, PSP, made the presentation, along with a gift to His Eminence Metropolitan Emmanuel.

Chairman of the Board Nicholas A. Karacostas, PSP, delivered welcome remarks.


View Photo Gallery of the Event