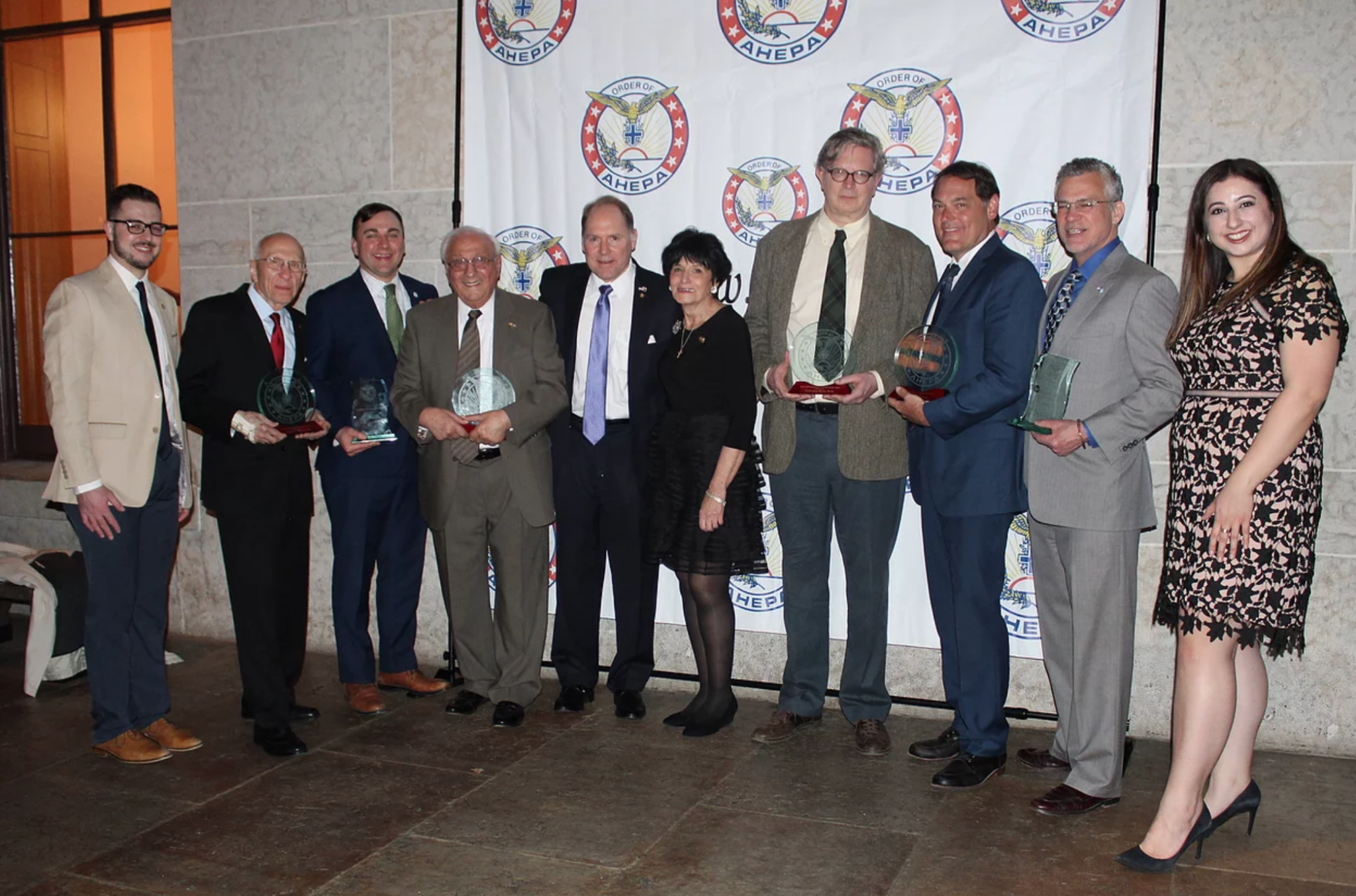 COLUMBUS, OHIO — AHEPA held its latest in a series of Regional Banquets in Columbus, Ohio, at the Ohio Statehouse, March 17, where excellence in leadership and service were honored, announced Supreme President Carl R. Hollister. In addition, proceeds from the banquet benefited The Ohio State University Department of Classics for the purpose of permanently endowing a chair for the department’s Modern Greek Program and the Junior Orders of AHEPA, the Sons of Pericles and Maids of Athena.

“We congratulate and commend our distinguished honorees, who represent the best in leadership and service to the community, and who are an inspiration to us all,” Supreme President Hollister said. “We are also grateful to our host committee, and to our anonymous sponsors, for their support and dedication to an event that raised critical funding to support the teaching of the Classics at the undergraduate and graduate levels and young Greek Americans.”

Each received the AHEPA Friendship Award, for their dedicated an unwavering support of the Hellenic community throughout Ohio.

Former U.S. representative, received the AHEPA Excellence in Public Service Award, as he continues to serve the public in an exemplary manner.

Received the AHEPA Excellence in Education Award for spearheading the development of the Modern Greek Program at The Ohio State University since 1973, and he continues to help the program grow.

The Ohio State University Department of Classics lecturer, received the AHEPA Excellence in Classical Studies Award for his passion for teaching the Classics; and

Received the inaugural AHEPA-Gus Maggos Excellence Award for his significant contributions to the Order of AHEPA, including its scholarship and athletics programs. The award is named in honor of the late Brother Gus Maggos, an Ahepan who left his job to sell $50 million in World War II Bonds and received recognition from President Franklin D. Roosevelt and First Lady Eleanor Roosevelt.

Brother Gus J. Lazares served as Master of Ceremonies.  More than 230 persons attended the event, which included a reception in the Ohio Statehouse Rotunda. TheOhio Statehouse is built in the Greek Rival style, a type of architectural design inspired by ancient Greek buildings.

The Host committee included: Brothers Aristotle Hutras, George Limbert and Eric Russell, from AHEPA Chapter 139, Columbus; and Daughters of Penelope Past District 11 Governor Cynthia D. Hollister. Thanks to the banquet’s anonymous sponsors, the event’s motto was “Dinner is on us; Donations are on you,” which allowed for it to be a successful fundraiser.

PrevPrevious PostStatement: Turkey’s Provocations Are Alarming and a Danger
Next PostAHEPA Family Celebrates Greek Independence Day at the White HouseNext