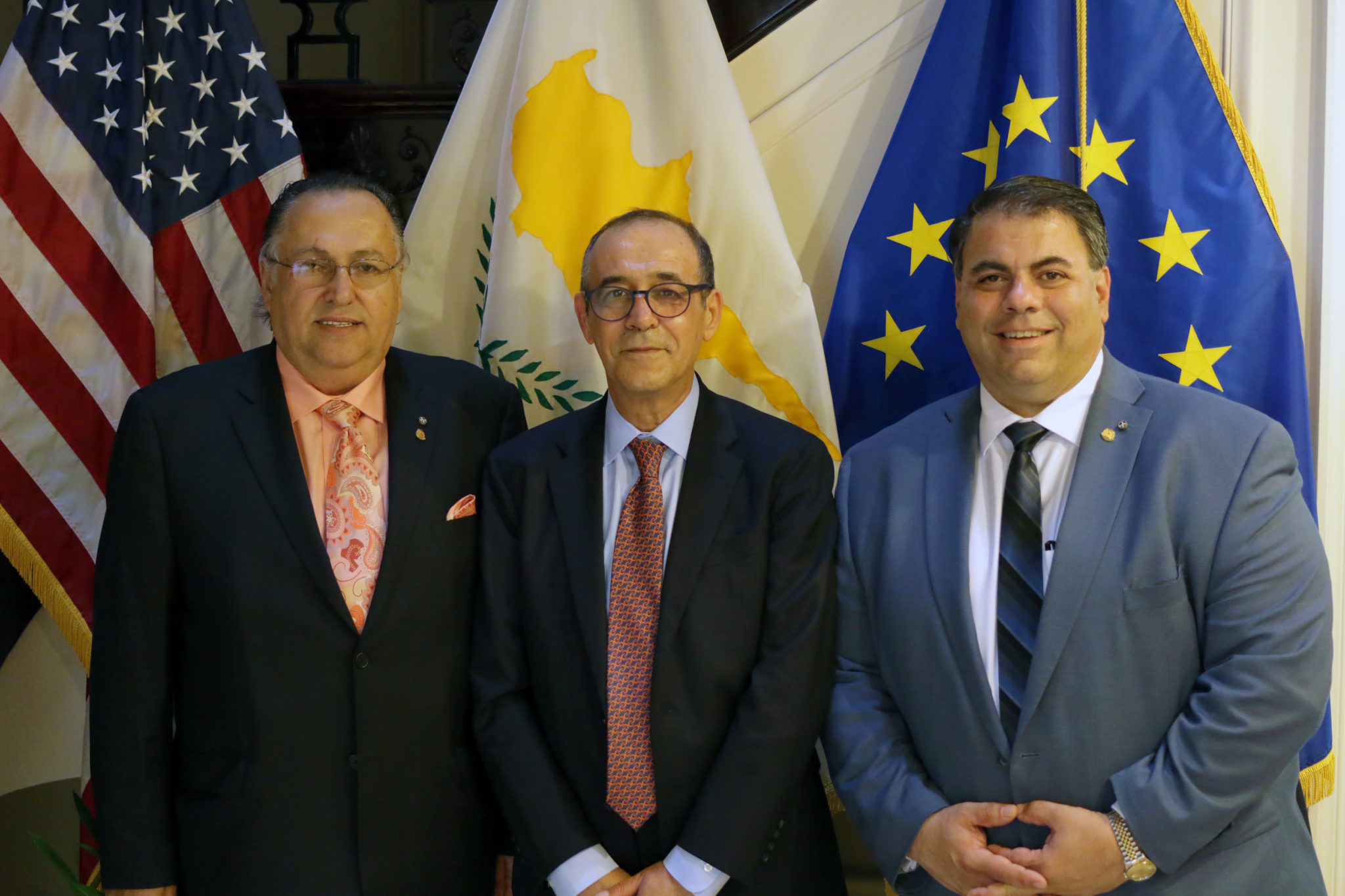 WASHINGTON — In one of the first formal acts of his administration, Supreme President George G. Horiates met with Ambassador of the Republic of Cyprus to the U.S. Marios Lyssiotis at the Embassy of Cyprus in Washington, D.C., July 16, 2019.

“We conveyed our concern about recent developments in the eastern Mediterranean, and specifically, Turkey’s illegal activities in Cypriot waters,” Supreme President Horiates said. “AHEPA stands by Cyprus during this time described as a ‘second invasion’ by President Nicos Anastasiades.  Our priority will be to ensure the United States remains engaged in the eastern Mediterranean and to encourage continued enhanced relations between the United States and Cyprus.”

He added, “We sincerely thank Ambassador Lyssiotis for his time to discuss these pressing matters.”

AHEPA issued a statement to mark the 45th anniversary of Turkey’s illegal invasion and subsequent occupation of the Republic of Cyprus.