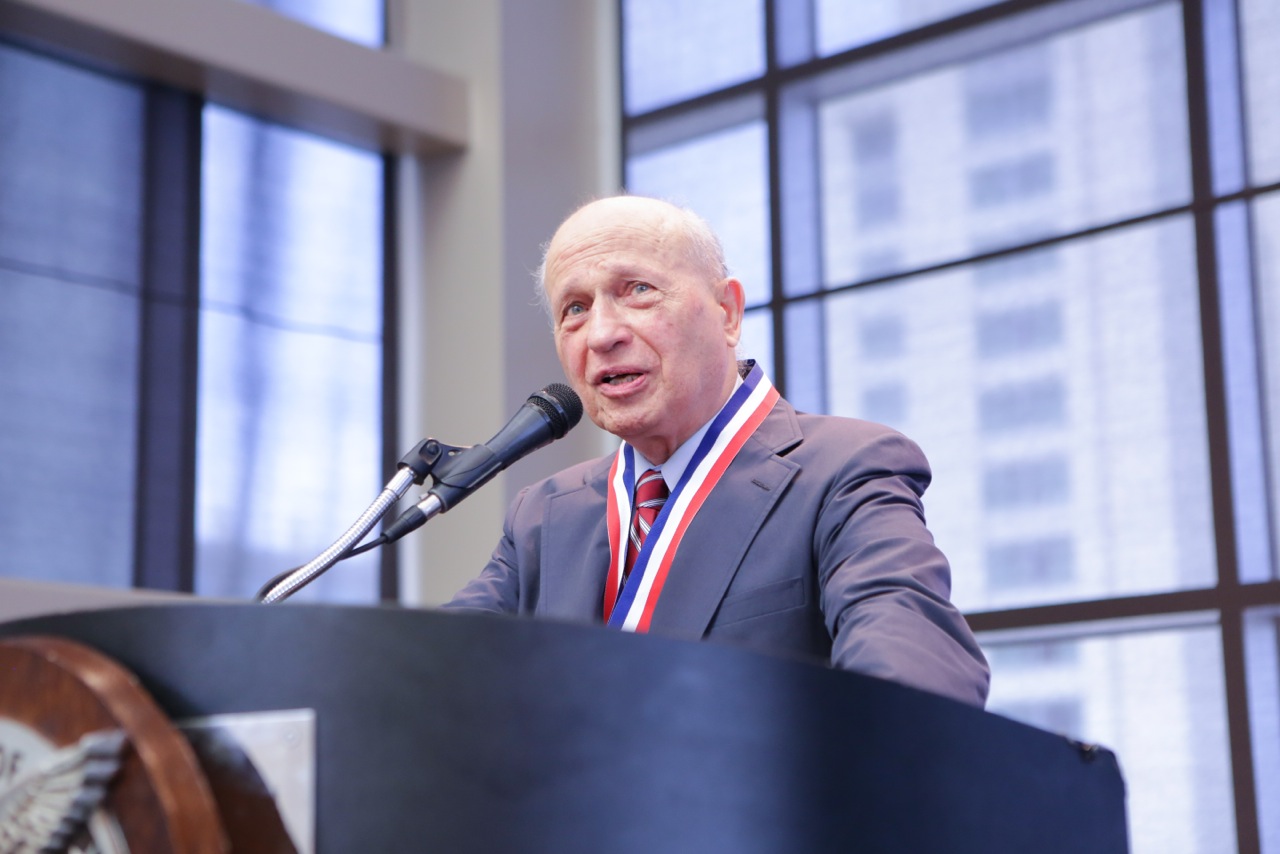 Supreme President George G. Horiates has issued the following statement on the sad news of the passing of Eugene T. Rossides, founder of the American Hellenic Institute, who died May 16, 2020. He was 92.

“The members of the American Hellenic Educational Progressive Association deeply mourn the passing of AHEPA Life Member Eugene T. Rossides, a champion of the rule of law, an upstanding public servant, and stand-out athlete.

“Brother Rossides will be missed tremendously by the many lives he touched and inspired worldwide through a lifetime of unwavering service and extraordinary leadership in the pursuit of excellence and justice. A proud American and passionate Hellene, Brother Rossides’ legacy will live on through the American Hellenic Institute and the AHI-affiliated organizations he founded and led in support of the rule of law, Hellenism, and the Cyprus cause; and furthermore, for spearheading the effort that led to a U.S. arms embargo on Turkey following Turkey’s illegal invasion of the Republic of Cyprus in 1974.

“We are immensely proud to have called Eugene Rossides a Brother Ahepan since 1954. Throughout his life, he exemplified and fulfilled the mission of AHEPA to the utmost. A man of integrity, Brother Rossides will be remembered fondly as a pillar of the community and with reverence.

“Our deepest sympathies and prayers are with the Rossides family. May his memory be eternal.”

Brother Eugene T. Rossides, a life member of Delphi Chapter 25, Manhattan, N.Y., received the 2000 AHEPA-Archbishop Iakovos Humanitarian Award, which honors those who dedicate themselves to the betterment of human and civil rights and religious freedoms for people suffering under tyranny and oppression.

In 1989, he received induction into the AHEPA Hellenic Athletic Hall of Fame for starring at Columbia University as a quarterback in the 1940s prior to being drafted by the New York Giants. He also became the first recipient of the AHEPA-Stamos Family Lifetime Achievement Award in 2014 for achievements and contributions to society during his post-athletic career.