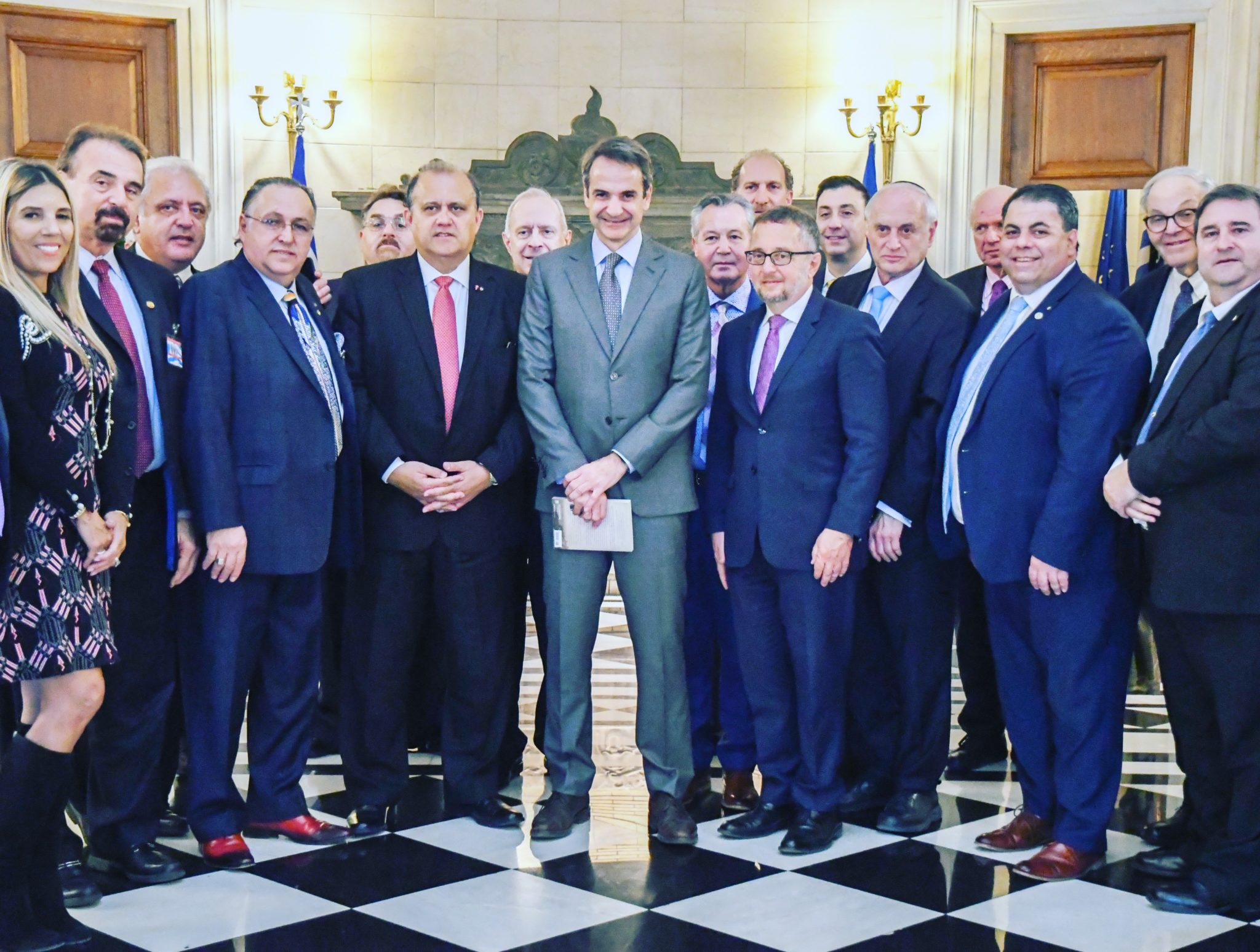 A 22-member delegation of leaders of the American Hellenic and American Jewish organizations completed a fourth, three-country Leadership Mission to Greece, Cyprus and Israel, to explore the major political, economic and security developments underway in the eastern Mediterranean and to advance the interests of the United States in the region. Meetings were held with more than 30 high-ranking government and military officials and policy analysts from the three countries and the United States between January 11 and 17, 2020. The participating organizations included: the American Hellenic Educational Progressive Association (Order of AHEPA), the American Hellenic Institute (AHI), B’nai B’rith International, and the Conference of Presidents of Major American Jewish Organizations.

In a post-mission statement, the groups noted:

“Our meetings clearly revealed the trilateral partnership between Israel, Cyprus and Greece—now together with the United States in a 3+1 framework—is moving forward on a sustained course with a commitment to achieve peace and stability in the eastern Mediterranean and the broader region. The eastern Mediterranean provides strategic depth and the 3+1 is an ongoing, orienting framework that offers added value to the region.

“We applaud the leaders of the three countries for their close cooperative partnership.  Through high-level meetings, the groundwork for a roadmap of cooperation across a variety of areas has been prepared.  All level of government in conjunction with the private sector, must contribute substance to the groundwork to yield additional actions and concrete results.

“Further, the trilateral partnership possesses the potential to allow the eastern Mediterranean to become a community of nations based on shared common values and aspirations. This approach anticipates that the partnership is neither exclusionary nor exclusive and we hope it expands to like-minded countries that respect democratic values, international law, and sovereign rights.  This will only serve to strengthen the region.

“As committed supporters, the American Hellenic and American Jewish communities are committed to advancing the trilateral partnership and 3+1 framework.  We will continue to work to foster closer cooperation with the United States and support the common efforts to achieve tangible and measurable outcomes across all areas.  For example, we commend programs involving student and young professionals exchanges, initiatives to combat anti-Semitism, and joint response efforts to natural disasters.

“Finally, we are grateful to the many public officials who afforded us the opportunity to exchange views and ideas. The friendship and hospitality shown to us made the trip even more meaningful and productive.”

(Notes: President Prokopis Pavlopoulos and Minister of Defense Nikos Panagiotopoulos were out of the country. Preparations to host a visit from Libyan commander Khalifa Haftar precluded Foreign Minister Nikos Dendias from meeting with the delegation.)

American Hellenic Educational Progressive Association (Order of AHEPA) is a leading membership-based grassroots service association for American citizens of Greek heritage and Philhellenes. Its mission is to promote the ancient Greek ideals of Education, Philanthropy, Civic Responsibility, and Family and Individual Excellence through community service and volunteerism.

American Hellenic Institute (AHI) is a non-profit Greek American think-tank and public policy center that works to strengthen relations between the United States and Greece and Cyprus, and within the Greek American community.

B’nai B’rith International is a worldwide Jewish community service organization widely known as one of the world’s most influential humanitarian, human rights and advocacy organizations.

The Conference of Presidents of Major American Jewish Organizations is the central coordinating body representing 53 national Jewish organizations on issues of national and international concern.