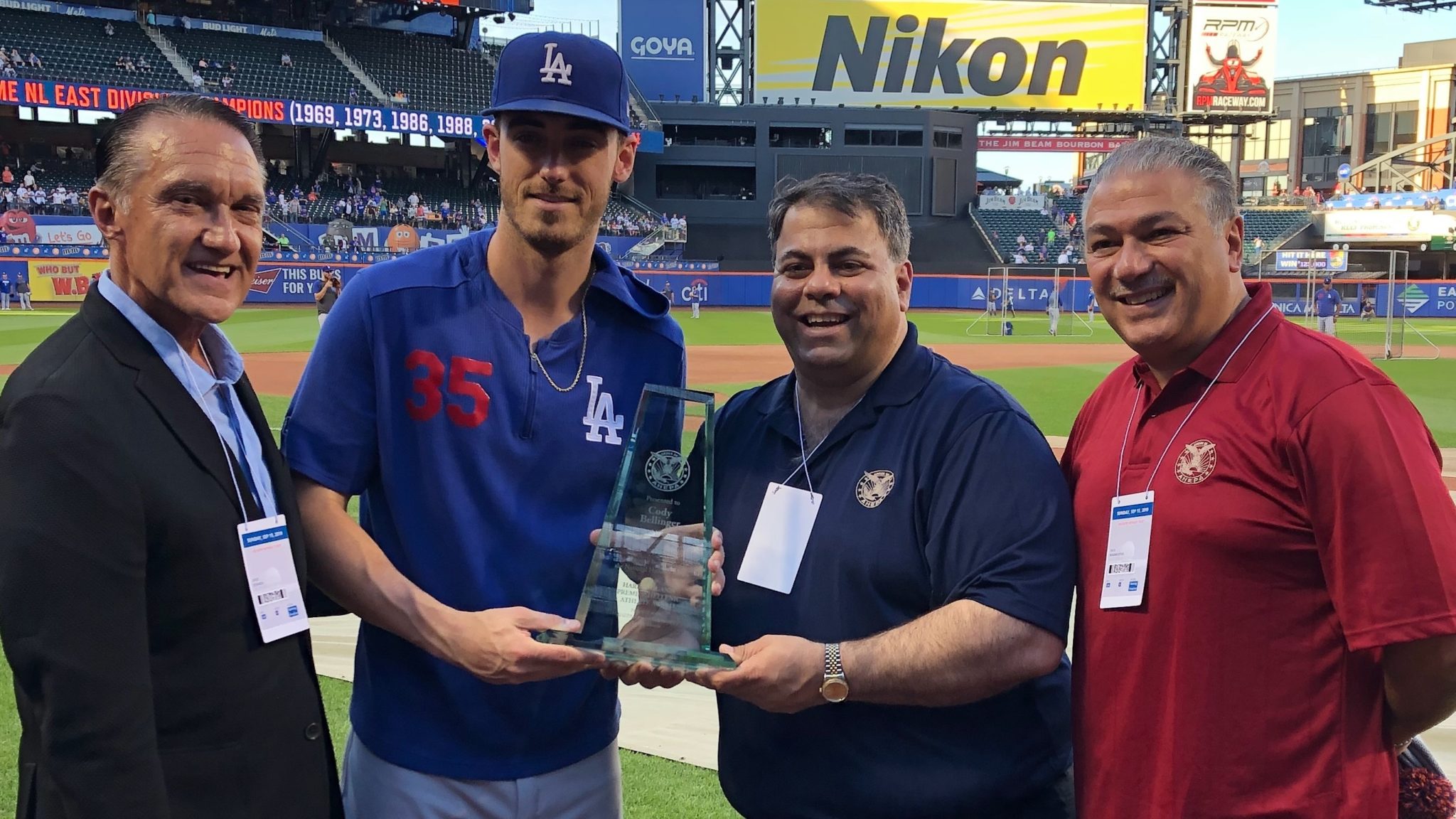 “We are honored to present Cody Bellinger with the prestigious Harry Agganis Award,” Horiates said. “Throughout his life, Bellinger has demonstrated excellence as a baseball player. He has flourished as a Major Leaguer and has earned coveted accolades that have eluded many players who reach the Majors.  As a community, we are proud of his many accomplishments, and we wish Cody continued success.”

“I would like to thank AHEPA for this recognition,” Bellinger said. “The Award has special meaning to the Greek American community, and I am honored to receive it.”

During the 2019 season, Bellinger, 24 years old, is slashing an impressive .306/.410/.639 with 44 home runs, 106 RBI, and an OPS of 1.049, earning his second All-Star appearance.  In his first Major League season, Bellinger was selected as an All-Star and unanimously was named the 2017 National League Rookie of the Year, becoming the Dodgers’ 18th Rookie of the Year and the 22nd player overall to win the award by unanimous vote. In 2018, Bellinger displayed postseason brilliance, appearing in all 12 of the Dodgers’ postseason games and was awarded the 2018 NLCS MVP after driving in the game-winning runs in Games 4 and 7.

Cody is the son of Clay Bellinger, a two-time World Series champion for the New York Yankees who also played for Greece’s 2004 Olympic baseball team.

The AHEPA Harry Agganis award is named after the legendary multi-sport athlete of Greek heritage who died prematurely at 26 from a pulmonary embolism.  Agganis, known as “The Golden Greek,” played professional baseball for the Boston Red Sox and was a college football All-American at Boston University.

The AHEPA National Athletic Department offers a wide range of regional and national sporting events and competitions.  In 1975 the AHEPA Hellenic Hall of Fame was established, and since its inception, more than 150 individuals have been inducted.  Also included in the program are National Athletic and Scholarships Awards for amateur and professional athletes who are spotlighted and honored annual at the AHEPA Supreme Convention.

Founded in 1922 in Atlanta, Georgia, on the principles that undergirded its fight for civil rights and against discrimination, bigotry, and hatred endured at the hands of the Ku Klux Klan, AHEPA is the largest and oldest grassroots association of American citizens of Greek heritage and Philhellenes with more than 400 chapters across the United States, Canada, and Europe.