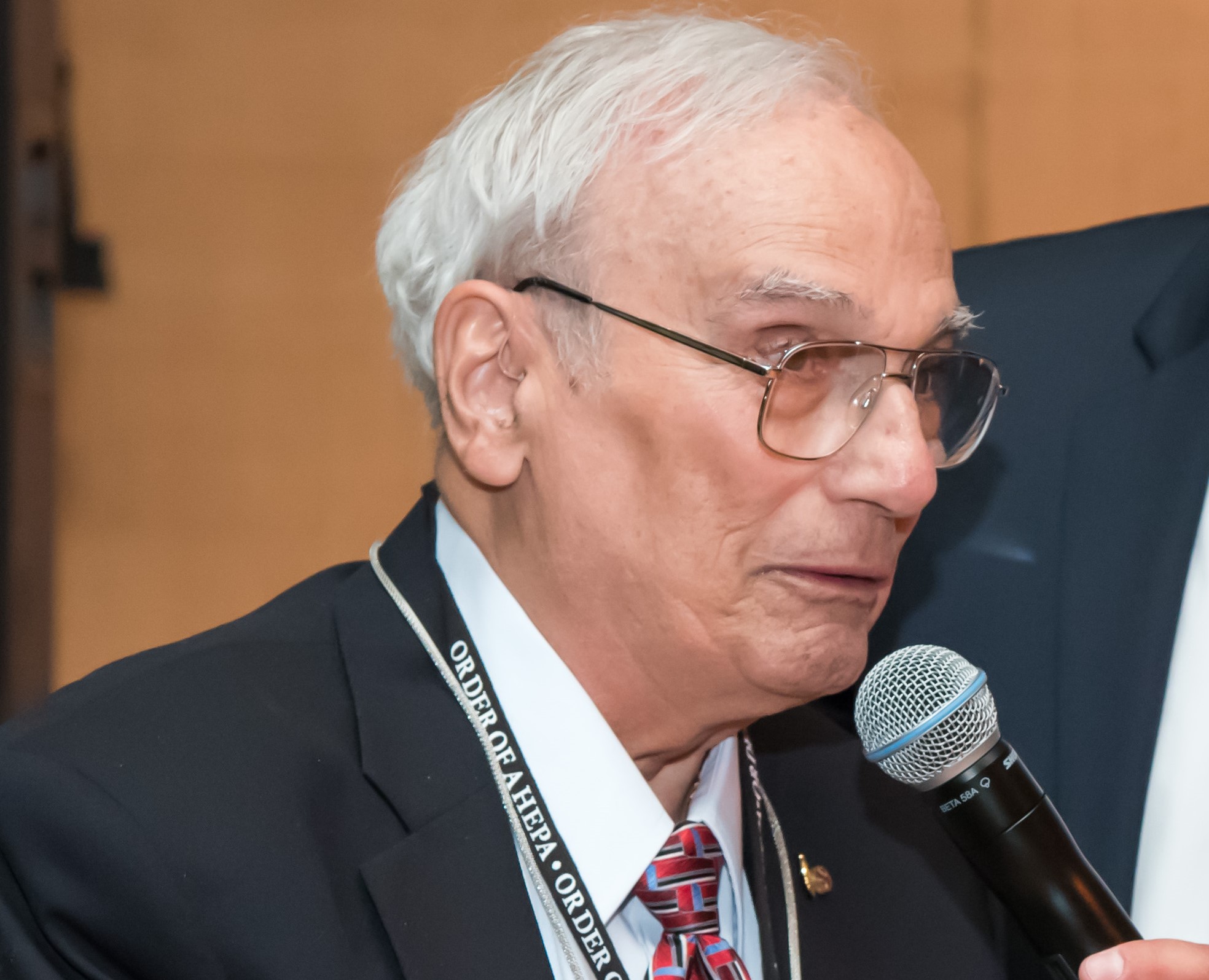 The members of the American Hellenic Educational Progressive Association (Order of AHEPA) deeply mourn the passing of Past Supreme President James S. Scofield, announced Supreme President George G. Horiates. Brother Scofield passed away May 22, 2020. He was 91.

“We mourn the great loss of Past Supreme President James Scofield,” Supreme President Horiates said. “Words cannot adequately describe the wealth of knowledge Brother Scofield possessed about the Greek American community and Hellenic history, and further, to express the importance of the broad scope of his contributions to the community over several generations during countless hours of service. Having served through numerous offices during his time in the Sons of Pericles and AHEPA, Brother Scofield’s lifetime of unique service to AHEPA epitomized the essence of what it means to be an Ahepan; the likes of which we will probably not see again. We are grateful for his service to his country and to the community. He will be missed greatly by the community. May his memory be eternal.”

Brother Scofield, a Life Member of the chapter that bears his name, James S. Scofield Chapter 15, St. Petersburg, Fla., served as Supreme President in 1990-91. During his term, AHEPA received special recognition from the U.S. Department of Interior for raising more than $600,000 for the restoration of the Statue of Liberty and Ellis Island.

Brother Scofield authored the historically significant “Forgotten History: The Klan vs. Americans of Hellenic Heritage in an Era of hate” on the occasion of AHEPA’s 75th anniversary that U.S. Senator Paul Sarbanes entered into the Congressional Record. The piece educated a generation of Greek Americans about a little-known, yet critical, aspect of the community’s history. He wrote it soon after his retirement as a 30-year senior executive at the St. Petersburg Times.

Brother Scofield participated on a six-man AHEPA delegation that visited Cyprus in October 1974 on a “fact-finding Mission of Mercy” following Turkey’s invasion of Cyprus. The delegation brought 10,000 pounds of relief supplies that included clothes, canned food, and blankets for the Cypriot people. They also visited several refugee camps to speak with the refugees and met with U.S., Greek, and Cypriot officials.

Brother Scofield chaired the AHEPA Publication Board, which administered The Ahepan magazine, which was a natural. He graduated as number one in his journalism class at the University of Illinois and served as International Chairman of the Newspaper Division of the Special Libraries Association.

In addition, he served on the AHEPA National Board of Trustees and as chair of the National Ahepa New Smyrna Bicentennial Celebration.
For all his contributions to AHEPA and the Greek American community, Brother Scofield received the AHEPA Lifetime Achievement Award in 2016 at the 94th Grand Banquet in Las Vegas, Nevada.

Brother Scofield was a veteran of the U.S. Navy.