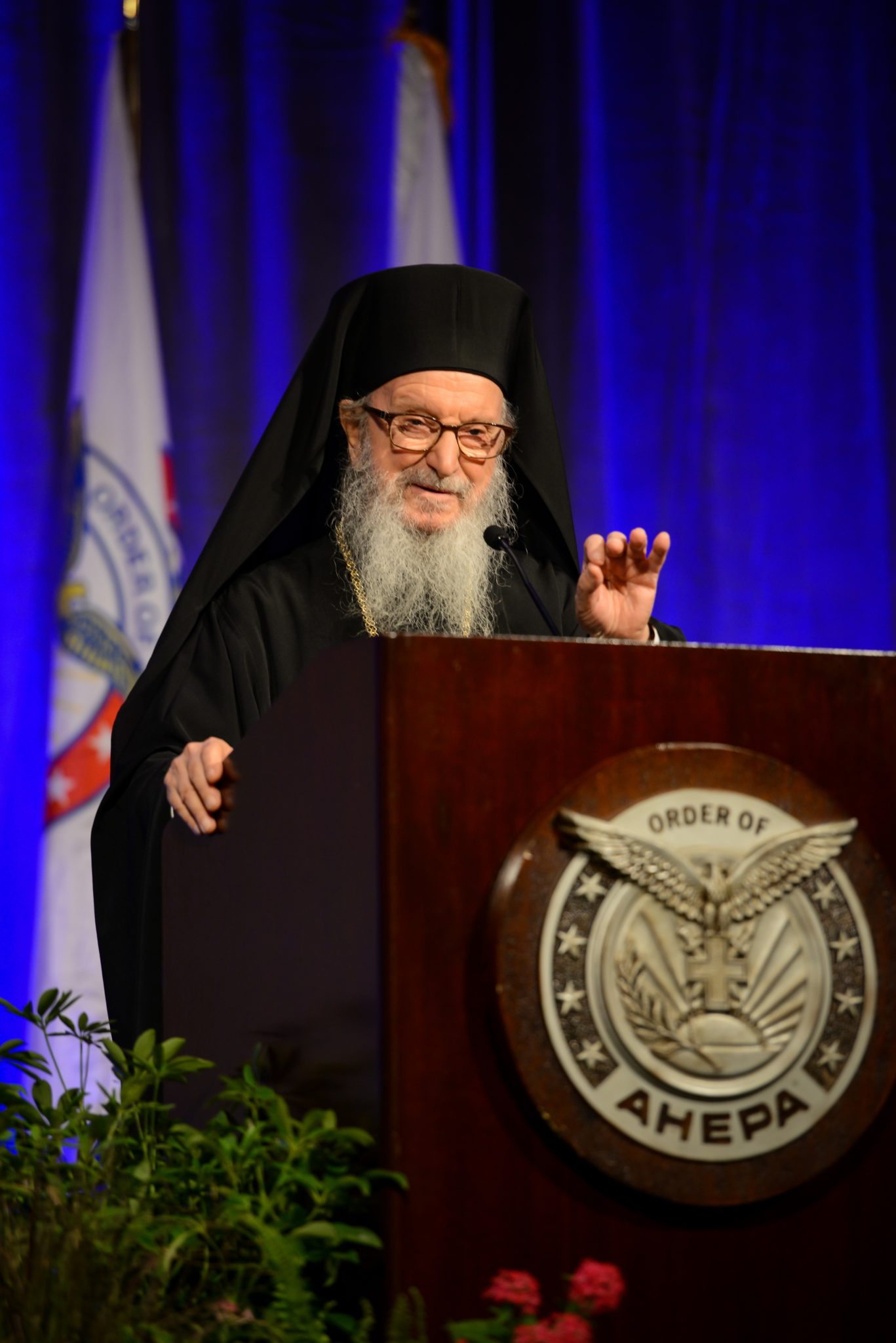 Supreme President George. E. Loucas has issued the following statement on the announced resignation of His Eminence Archbishop Demetrios, Geron of America:

“Since the moment of His Eminence’s enthronement, he has walked side-by-side, hand-in-hand, with AHEPA family leaders at significant, even historical occasions for the community.  His Eminence graciously and warmly received each newly-elected Supreme President for a private audience at the beginning of their respective terms.

“We cannot recall a major national AHEPA family event that His Eminence has missed-whether it was a Supreme Convention in Puerto Rico or Athens-or a Congressional Banquet in Washington. His Eminence also made it a priority to participate at events hosted by our junior auxiliaries, the Sons of Pericles and Maids of Athena, investing the time to learn about the activities, projects and programs of our young leaders.

“His Eminence has provided the AHEPA family with many special moments, including when he accompanied His All Holiness Ecumenical Patriarch Bartholomew on their historic first-ever visitation to AHEPA Headquarters, in Washington, D.C., in November 2009.  Or when he humbly revealed to our audience at the 2000 Congressional Banquet, where we honored our veterans, that he too, was a veteran.  We will always cherish these moments.

“Moreover, we were all proud to see Archbishop Demetrios comforting our fellow citizens of all faiths, races, and backgrounds, helping them to heal from a devastating event in our nation’s history on September 11, 2001.  He offered prayers and blessed the ground where so many innocent persons lost their lives. The image of His Eminence blessing a soldier amid the rubble, debris, and destruction comes vividly to mind whenever we think of this time. He conducted memorial services and funerals for the victims, and he met with Christian, Jewish, and Muslim leaders at an international conference convened by Ecumenical Patriarch Bartholomew to discuss the impact of September 11.

In May 2010, AHEPA presented His Eminence Archbishop Demetrios with the AHEPA-Archbishop Iakovos Humanitarian Award.