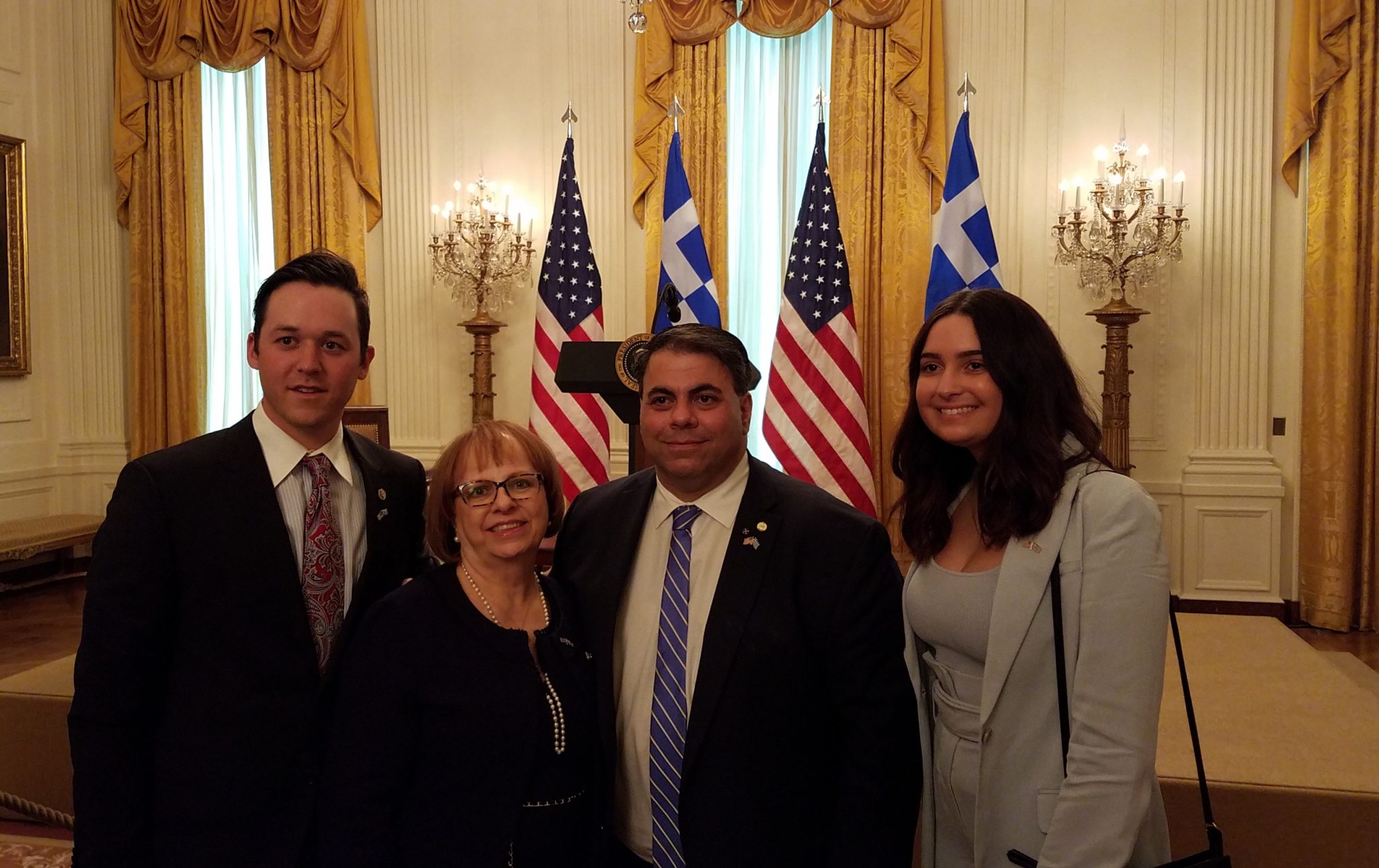 The American Hellenic Educational Progressive Association (Order of AHEPA), the leading membership-based service association for the nation’s millions of American citizens of Greek heritage and Philhellenes, and its affiliated organizations, celebrated the 198th Anniversary of Greek Independence with the American Hellenic community at a White House ceremony held March 18, 2019.  President Donald J. Trump and His Eminence Archbishop Demetrios, Geron of America, provided remarks.

“We sincerely thank President Trump for issuing a Proclamation that calls on the people of the United States to observe Greek Independence Day with appropriate ceremonies and activities,” Supreme President George E. Loucas said. “We also commend the president for acknowledging a ‘robust’ partnership between the United States and Greece which has gained momentum following the inaugural Strategic Dialogue held between the two countries in December.”

The Proclamation also recognizes developments in U.S.-Greece Commercial Dialogue and in defense cooperation as well as the “profound impact” of Greek Americans upon culture in the United States.

In President Trump’s remarks, he saluted the service to the United States of Greek American veterans, including citing the 21 years of active and reserve service of retired U.S. Army Major Carl R. Hollister, Past Supreme President and Board of Trustees vice chairman.

“We’re very proud of Brother Hollister and his recognition from President Trump is well-deserved, and we are grateful for his service to our nation,” Loucas said.

PrevPrevious PostBooklet made available: The 1821 Greek War of Independence and America’s Contributions To the Greek Cause
Next PostAHEPA Family Brings Policy Priorities to Legislators’ AttentionNext