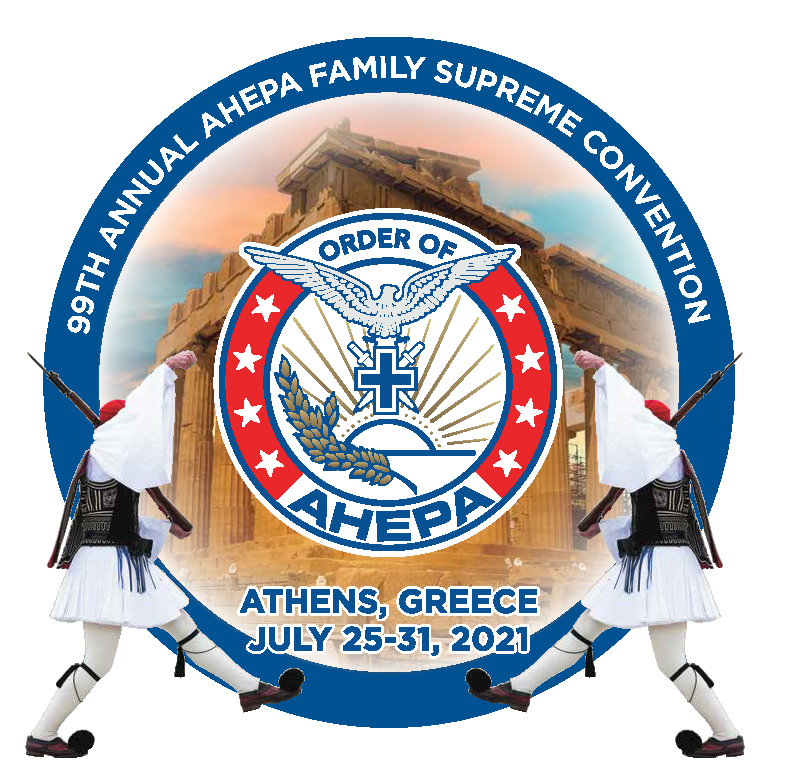 AHEPA, the largest Hellenic-based organization worldwide, releases a comprehensive schedule of events for the Greek Bicentennial. AHEPA’s districts and chapters globally will acknowledge the Bicentennial of Greece in the upcoming months, with social distancing and public health being of primary concern. The below schedule is comprised of AHEPA communities throughout America, Canada, Europe, Greece, and Cyprus.

“In line with March as the month of Greek Independence Day, we are providing the diaspora with this schedule as a service to the worldwide community. AHEPA will continue its celebrations beyond March and throughout the year, culminating in the AHEPA Supreme Convention in Athens from July 25 to July 31 this summer. We encourage the public to continue practicing social distancing but to consider participation honoring the Greek Bicentennial, culminating in the AHEPA Supreme Convention” stated Supreme President Horiates.

We also continue with our full schedule of online events as well, adding to a robust and well deserved commemoration of the Greek Bicentennial year. AHEPA has and will throughout 2021 continue in it’s publication, The Ahepan, as well as on internet platforms the promotion of the Greek Bicentennial, the American assistance to the Greek War of Independence and AHEPA’s critical century long role in the alliance between Greece and the United States.

Event and commemoration of Marine barracks that also supported the Greek War of Independence with “a soldier’s mite”, raising funds for the Greek committee. Time TBD April 24, 2021

AHEPA European District 28 (All of Europe except Greece and Cyprus)
March 25, 2021

Additionally, every state governor has received a letter from Supreme President Horiates asking for a proclamation. We will keep people updated once those are received.

Because of COVID-19, some events may be canceled or postponed. Kindly contact basil@ahepa.org for up-to-date information.