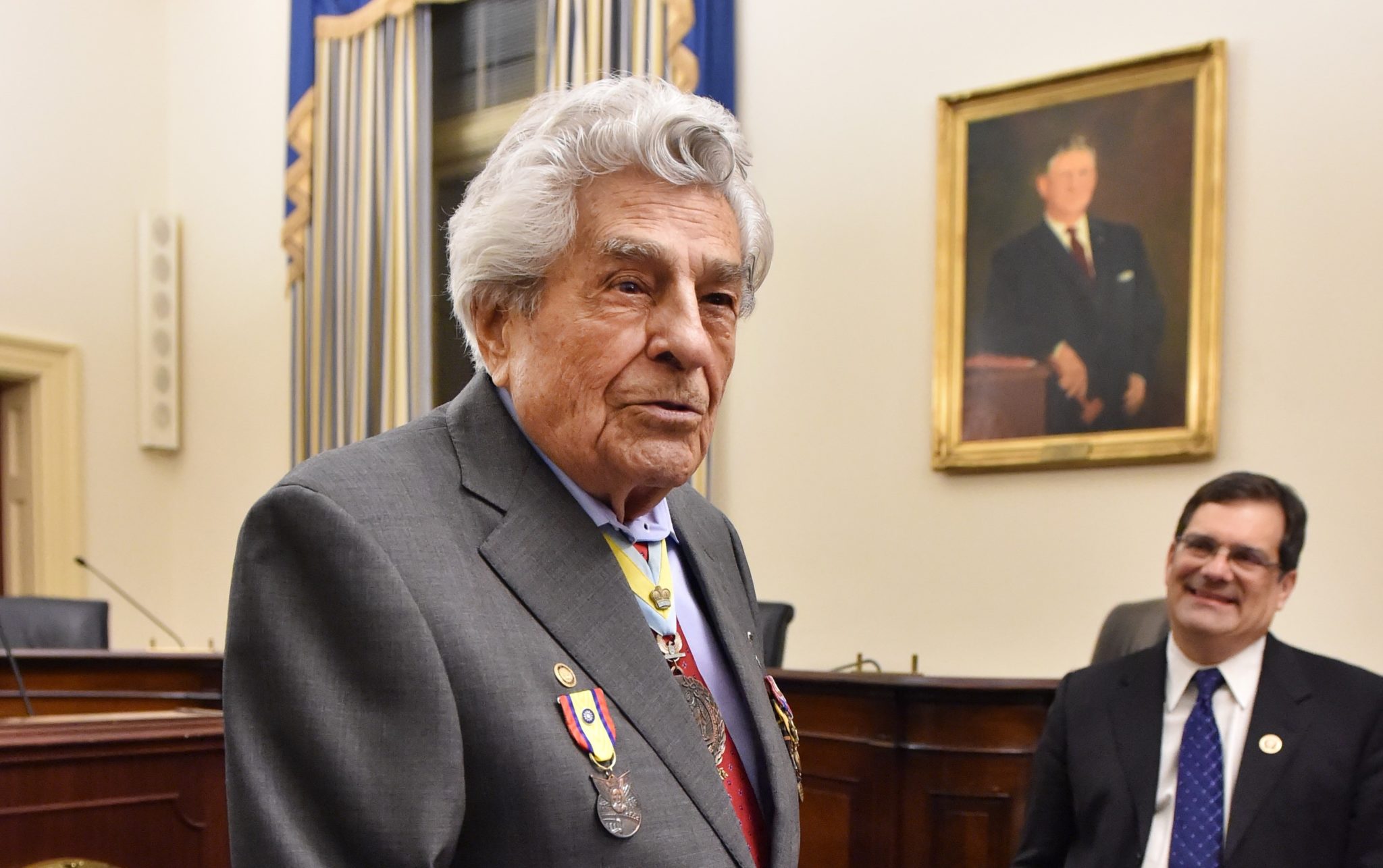 The members of the American Hellenic Educational Progressive Association (Order of AHEPA), the leading service association for the nation’s millions of American citizens of Greek heritage and Philhellenes, are deeply saddened to learn of the passing of retired U.S. Army Lieutenant Colonel James “Maggie” Megellas, the most decorated officer in the history of the U.S. 82nd Airborne Division, recipient of the 2010 AHEPA Medal of Freedom, and AHEPA Life Member, announced Supreme President George Horiates.

“Brother Lieutenant Colonel Megellas was a true American Hero, a liberator of nations and people, and a proud Hellene. We mourn his loss tremendously.

“His acts of valor demonstrated at the Battle of the Bulge, which warrant review because of errors in Army records, are deserving of the Medal of Honor. AHEPA pledges to continue to work with the U.S. government and military officials to secure this honor for ‘Maggie.’ Simply stated, the U.S. government’s failure to act based upon several formal requests, including from members of Congress and Lieutenant Colonel Megellas’ fellow servicemen, including his superior officer, is unacceptable and a disservice.

“For his heroism serving in several theaters during World War Two as a first lieutenant, Megellas was the recipient of the military’s second-highest decoration, the Distinguished Service Cross. He also was decorated with two Silver Stars, two Purple Hearts, the Belgian Fourragere, and the Dutch Orange Lanyard, the first American to be honored with the award from the government of Holland.

“In 2008, the German government honored him for his role in liberating the Wobbelin Concentration Camp in northern Germany, May 2, 1945.

“After World War Two, Lieutenant Colonel Megellas continued to serve his nation with the U.S. Agency for International Development (USAID) for 32 years, including two years in Vietnam holding the equivalent rank of two-star general, leading 4,000 soldiers and civilians from Vietnam and other nations in civil military relations.

“Brother Megellas served as an inspiration to those who served after him. He would travel thousands of miles to speak with military personnel serving in Afghanistan on three occasions, the last time at the age of 89.

“Brother Megellas will be mourned not just in America, but in the nations and by the people he helped to liberate and inspire.

“We are proud and honored to call him our Brother. Our deepest sympathies and prayers are with his wife, Carole, and the Megellas family. May his memory be eternal.”

Since 2011, AHEPA has backed the effort, including legislation, to authorize the president to award the Medal of Honor to Lt. Col. Megellas for acts of valor during the Battle of the Bulge.

In 2016, at the request of AHEPA, 20 members of Congress, led by then-Speaker of the House Paul Ryan, Hellenic Caucus Co-Chairs Reps. Gus Bilirakis and Carolyn Maloney, and several committee chairs, wrote to the Acting Secretary of the U.S. Army Patrick Murphy at the time, to urge a prompt and personal review of Megellas’ Medal of Honor case.

About Megellas’ Acts of Valor at the Battle of the Bulge
James Megellas’ acts of valor demonstrated at the Battle of the Bulge, which warrant review because of errors in Army records, are deserving of the Medal of Honor. There, he led a surprise and devastating attack on a much larger advancing enemy force, killing and capturing a large number and causing others to flee, single-handedly destroying an attacking German Mark V tank with two hand-held grenades, and then leading his men in clearing and seizing Herresbach.

In addition to the Battle of the Bulge, Megellas fought in: Africa, Anzio, Operation Market Garden, the Waal River Crossing, and Occupied Berlin.

In May 2010, AHEPA awarded Lt. Col. Megellas with the AHEPA Medal of Freedom as presented by then-Supreme President Nicholas A. Karacostas and Past Supreme President A. Steve Betzelos, at the 2010 Midwest Regional Banquet held in Chicago.