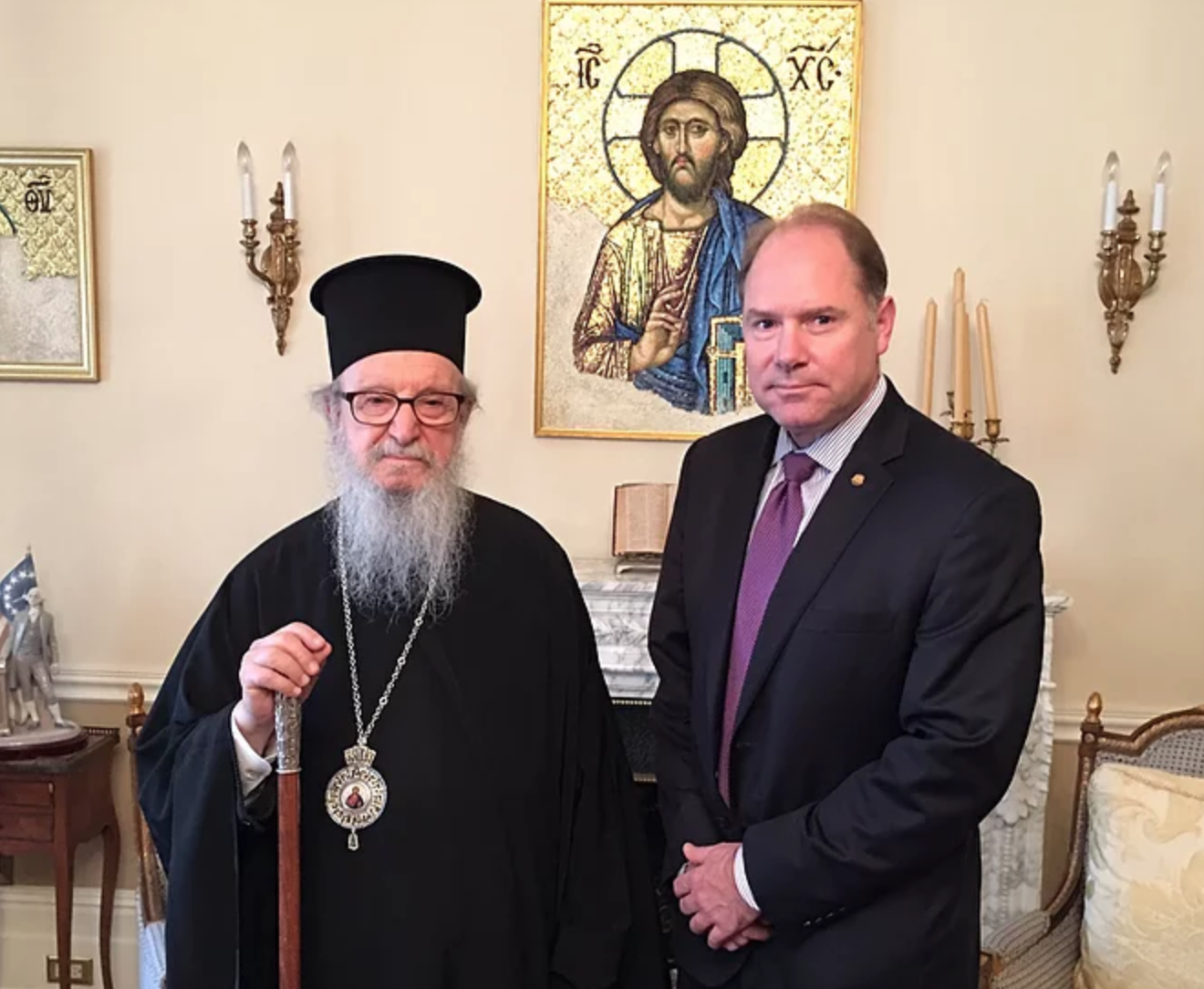 WASHINGTON, DC—His Eminence Archbishop Demetrios, Geron of America, has proclaimed May 20, 2018 as “AHEPA Sunday” in the Greek Orthodox Archdiocese of America.

The encyclical issued by His Eminence Archbishop Demetrios states, in part: “Each year we designate a Sunday in May for this purpose, primarily to honor the significant work and offering that is being made by AHEPA members in our parishes, communities, nation, and around the world.  It is also an annual recognition of a long and cherished relationship between AHEPA and the Greek Orthodox Church in America… For almost a century, our Church in America and AHEPA have shared a history.  Guided by faith in God and the ideals of Hellenism, Greek immigrants who came to this land wanted more than opportunity…We are the heirs of this foundation, a legacy we honor in this commemoration.”

“We are honored and deeply grateful for the kind words of Archbishop Demetrios, who eloquently described the community service work our members provide across the United States and around the world,” Supreme President Carl R. Hollister said. “The AHEPA family values the close ties and shared history it has with the Greek Orthodox Archdiocese of America. We are also grateful for the blessings His Eminence has bestowed upon the AHEPA family and our members.”

PrevPrevious PostWalk the Halls of Congress with us, May 16, 2018
Next PostAHEPA Condemns Attack on Thessaloniki MayorNext