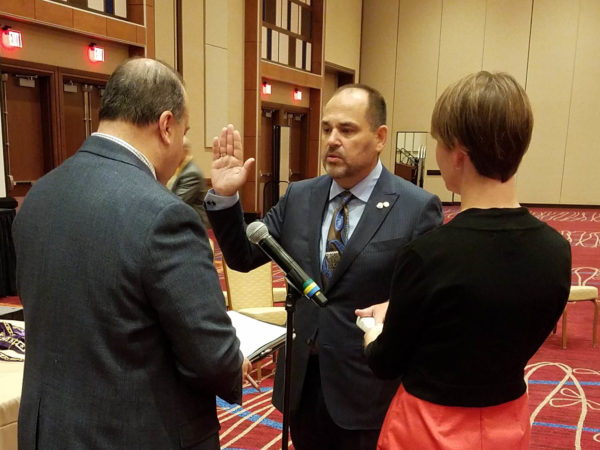 “It is an honor and privilege to be elected AHEPA Supreme President, and I am humbled to carry the mantle of leadership for our Order,” Loucas said. “My sincere appreciation is given to the convention delegates who placed their love, support and trust in me to lead this remarkable organization in the coming year.”

“The need to provide community service and humanitarian assistance is ongoing, both in the United States and abroad, as we have witnessed with the deadly and devastating wildfires in Greece,” Loucas said, adding he will head to Greece in September to assess how best to provide assistance to the victims. “I am eager to work with our AHEPA family, and the diaspora, to address this crisis, as well as other challenges that may come our way.”

He added, “Separately, the promotion of Hellenic ideals will always be a priority for AHEPA, and I pledge to keep AHEPA on a steady path set forth by my predecessors with a spirit that is true to our mission.”

In his inaugural remarks at the Installation Ceremony, Loucas reminded those in attendance to not forgot their history and that everyone is a legacy charged with carrying the mantle of heritage. “It [History] helps to guide us for what we do today and for our future as we, AHEPA, approach 100 years of existence,” he said. 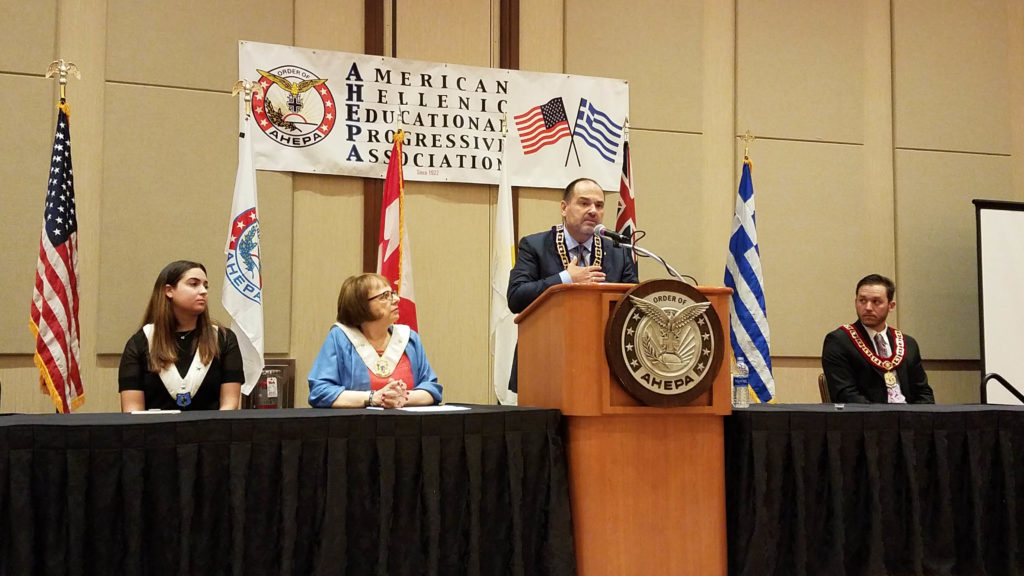 Loucas is a 37-year member of Chapter 480, North Royalton, Ohio.  He has served AHEPA in numerous leadership positions, including most recently, supreme vice president.  In addition, Loucas comes from an AHEPA legacy of leaders.  His grandfather, George, served as Supreme President in 1959.  As supreme president, Loucas’s responsibilities include being the chief executive officer, and principal spokesperson, of the entire AHEPA domain, which includes chapters in the United States, Canada, and Europe.

Loucas, a pharmacist and 3rd generation lawyer, founded Loucas Law in 1995 with a vision of helping families who have suffered catastrophic injuries and wrongful death in the area of complex civil litigation. He is regarded widely as a leader in fighting Drug Overdose Death (Drug OD) cases from prescription painkillers. Loucas is a graduate of the Cleveland Marshall College of Law at Cleveland State University, where he received his Juris Doctor degree, and West Virginia University where he received his Bachelor of Science degree in Pharmacy. George became a Registered Pharmacist and worked in the pharmaceutical industry while attending law school.

Loucas, his wife, Sandra, have a son, Max, and daughter, Lexi. 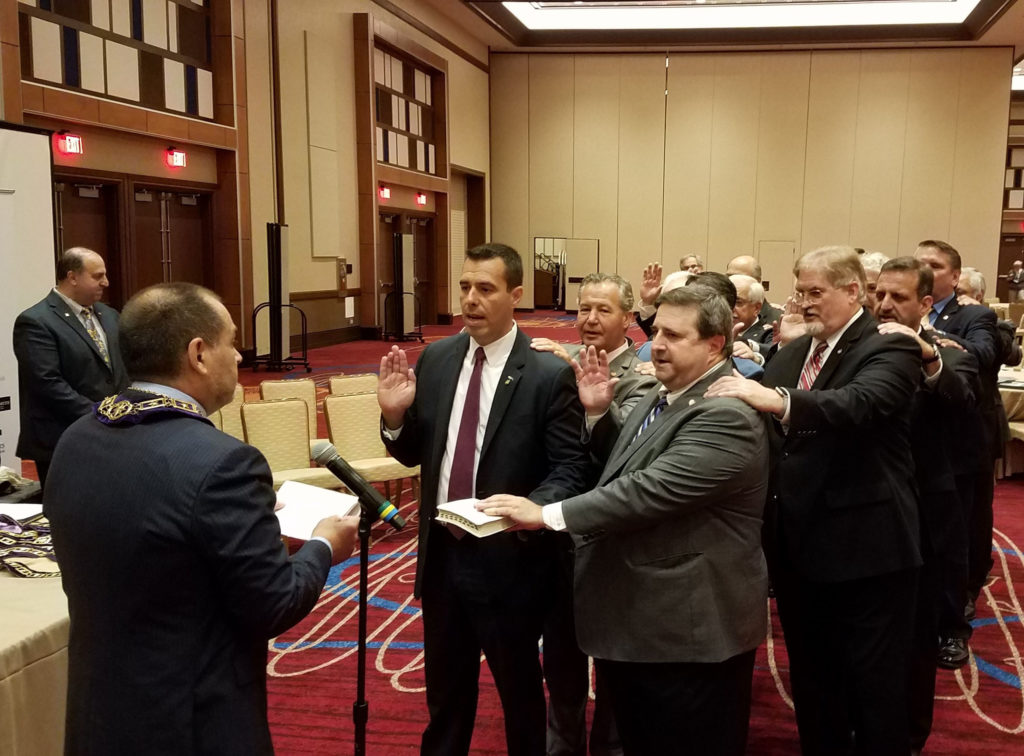 The AHEPA Supreme Lodge is the international governing body of the organization.

Elected to the Executive Committee of the AHEPA Board of Trustees were: Chairman Nicholas A. Karacostas, PSP, Bayside, N.Y.; and Vice Chairman Carl R. Hollister, PSP, Mason, Ohio. 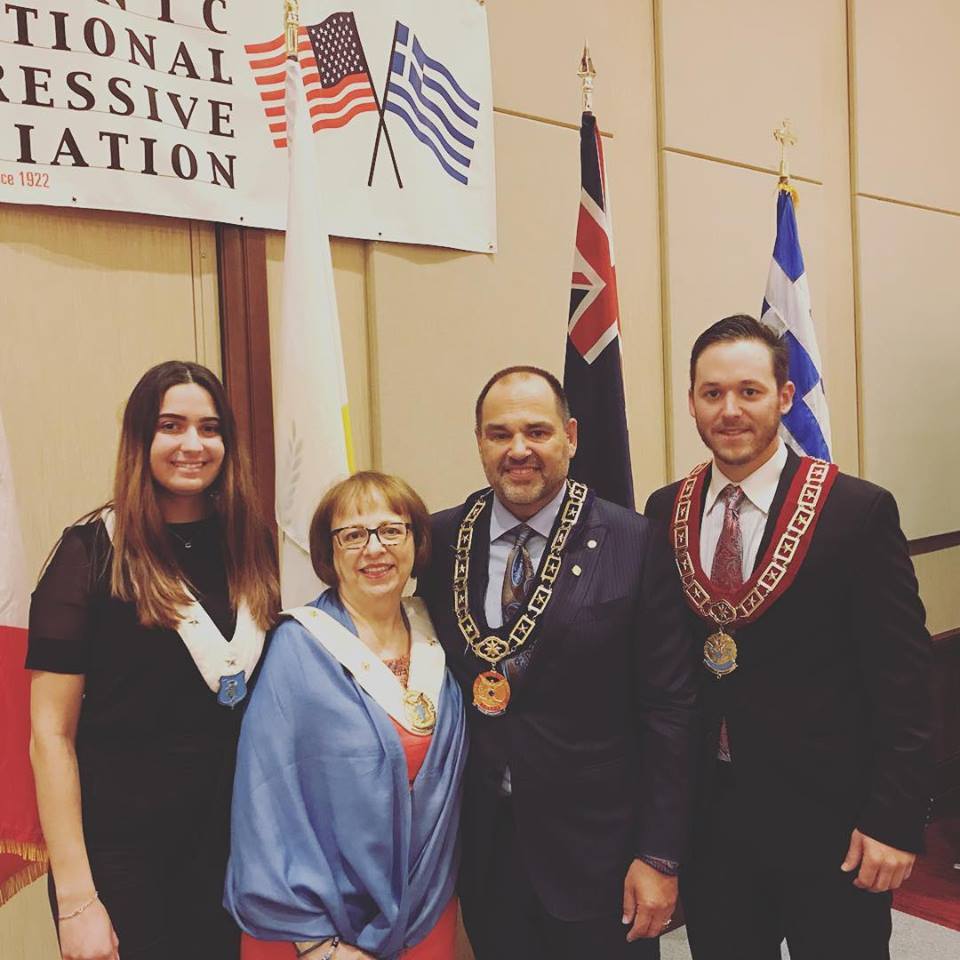 The 2019 Supreme Convention will convene the week of June 30, in Chicago, Illinois.