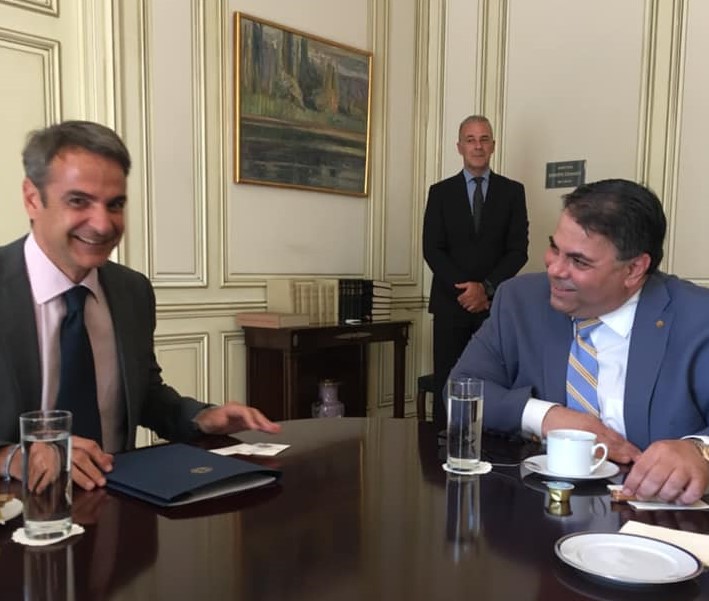 The January 7 White House meeting between President Donald J. Trump and Greek Prime Minister Kyriakos Mitsotakis is welcomed as a further indication that United States-Greece relations are at an apex.

AHEPA expects the meeting to reaffirm the robust state of relations, citing examples such as Greece’s announced $1.5 billion upgrade of its F-16 fighter jet fleet, which benefits U.S. companies such as Lockheed Martin and its partners that work on such a project; in addition to the recently revised Mutual Defense Cooperation Agreement.

Looking forward, AHEPA is optimistic all facets of the bilateral relationship will continue to advance because Greece is a trusted and reliable ally and a demonstrated economic and political leader in an increasingly important part of the world.

AHEPA applauds the Trump administration’s high-level engagement with Greece.  During the past year, Secretary of State Mike Pompeo and Secretary of Commerce Wilbur Ross each visited Greece.  AHEPA contends this level of engagement must be sustained, especially as tensions in the region continue to be stoked.  The United States must stand clearly and resolutely by Greece, which endures constant violations of its sovereignty by Turkey. These Turkish hostilities, and other malign influences in the region, are a detriment to U.S. interests and to Greece’s prosperity.

For its part, Greece must continue to implement measures and reforms that instill confidence in foreign direct investment from the United States. The United States’ exemption of more than 1,000 Greek products from tariffs is another example of a strong bilateral relationship.

Refugees and migrants are arriving to Greece in elevated numbers not seen since the height of the crisis in 2015 and 2016.  Here, too, Turkey largely is responsible. The United States must make it clear to Turkey that it must curb the migrant flow.  The United States should also exercise diplomacy with the European Union to assist Greece with its migrant and refugee crisis much like the United States did when Greece endured its economic crisis.  To address the processing of refugees and migrants, AHEPA appreciates the United States’ lending its expertise in counterterrorism training.  Moreover, AHEPA expects Greece’s standing in the United States Visa Waiver Program to continue to improve as Greece works to modernize its national ID program.

Finally, the AHEPA family, which now has chartered more than 60 chapters in Greece, is especially eager to see progress in people-to-people ties, especially as plans are being made to commemorate the bicentennial of Greece’s Independence in 2021.  Furthermore, with education being a key element of AHEPA’s mission, AHEPA lauds the creation of new student exchange and English language programs and looks forward to their development.