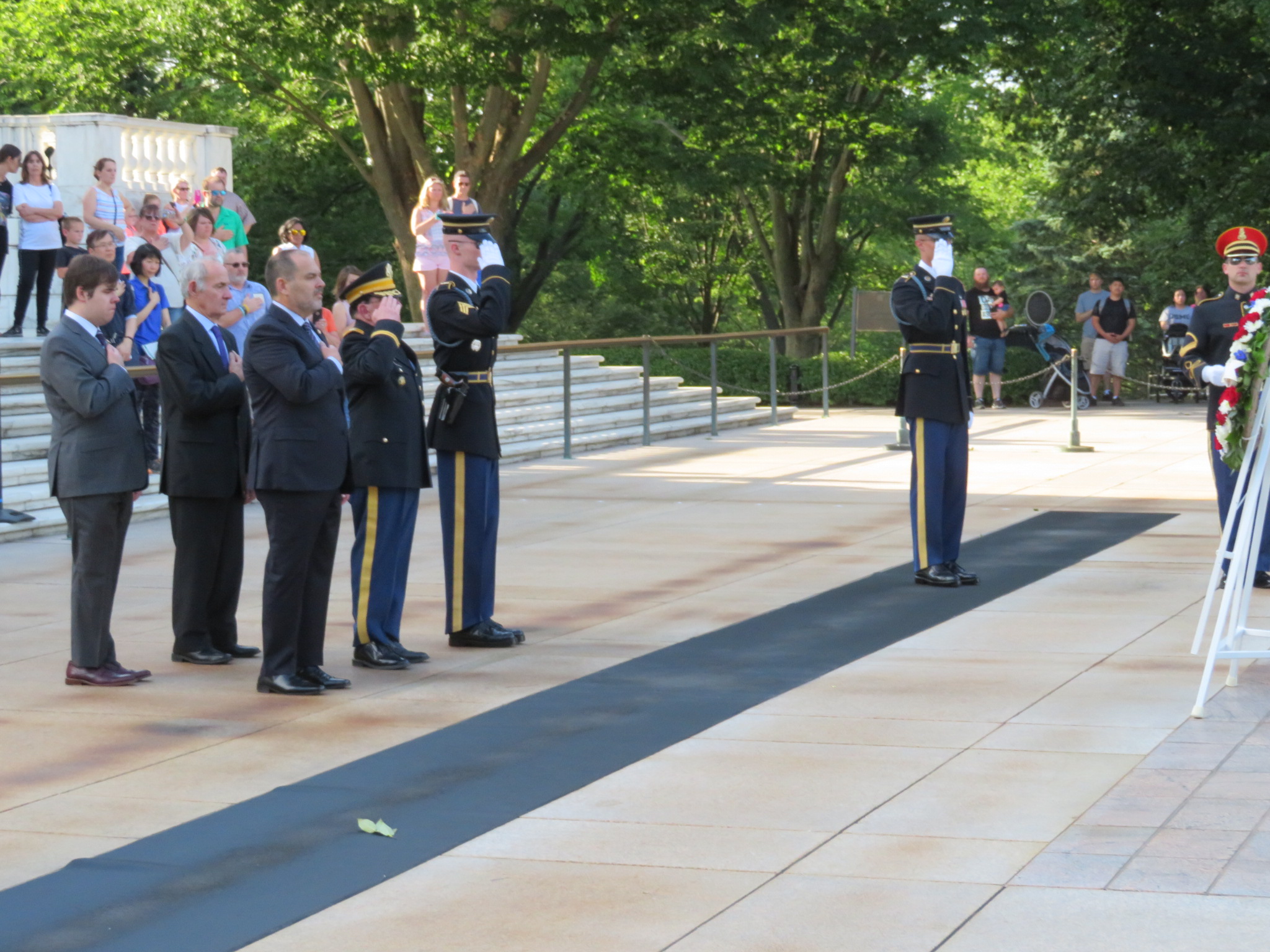 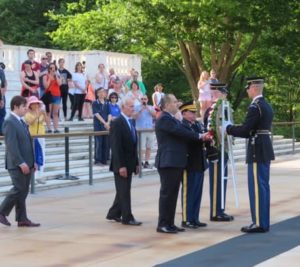 community to those who gave the ultimate sacrifice for freedom, democracy, and liberty at Arlington National Cemetery.

Supreme President George E. Loucas, accompanied by his father, Emmanuel, who served in the U.S. Navy Reserves; and his son, Emmanuel “Max,” and Col. Nicholas P. Vamvakias (USA, Retired), chair of the AHEPA Veterans Committee and past supreme treasurer; placed a wreath at the Tomb of the Unknowns, Arlington National Cemetery, on behalf of the American Hellenic community, May 24, 2019.  An Honor Guard Specialist from 3d U.S. Infantry Regiment (The Old Guard) assisted them and a U.S. Army Band Bugler played Taps.  Since 1924 Ahepans have returned annually to Arlington to place a wreath at the Tomb of the Unknown Soldier.

“This was one of the most powerfully moving experiences of my life,” Supreme President Loucas said. “Today, we honored the sacrifices of those throughout our nation’s history who paid the ultimate price, and we expressed—in a small yet significant way—our community’s gratitude to our nation’s fallen. It was also especially meaningful to perform this ceremony at this time in our nation’s history when our brave men and women continue to be in harm’s way.”

AHEPA family members from the mid-Atlantic Region gathered to memorialize those identified as Greek Americans or Greek Orthodox who are buried at Arlington National Cemetery, May 25, 2019. According to organizers, there were an estimated 568 gravesites at which AHEPA and Daughters of Penelope members presented a wreath and paused in remembrance of those who perished for our nation. This solemn ceremony has been performed annually since 1949.

“I commend the AHEPA family of the metro Washington, DC area for its carefully detailed effort to honor properly the memory of the brave souls of our community who sacrificed for our freedom,” Supreme President Loucas said.