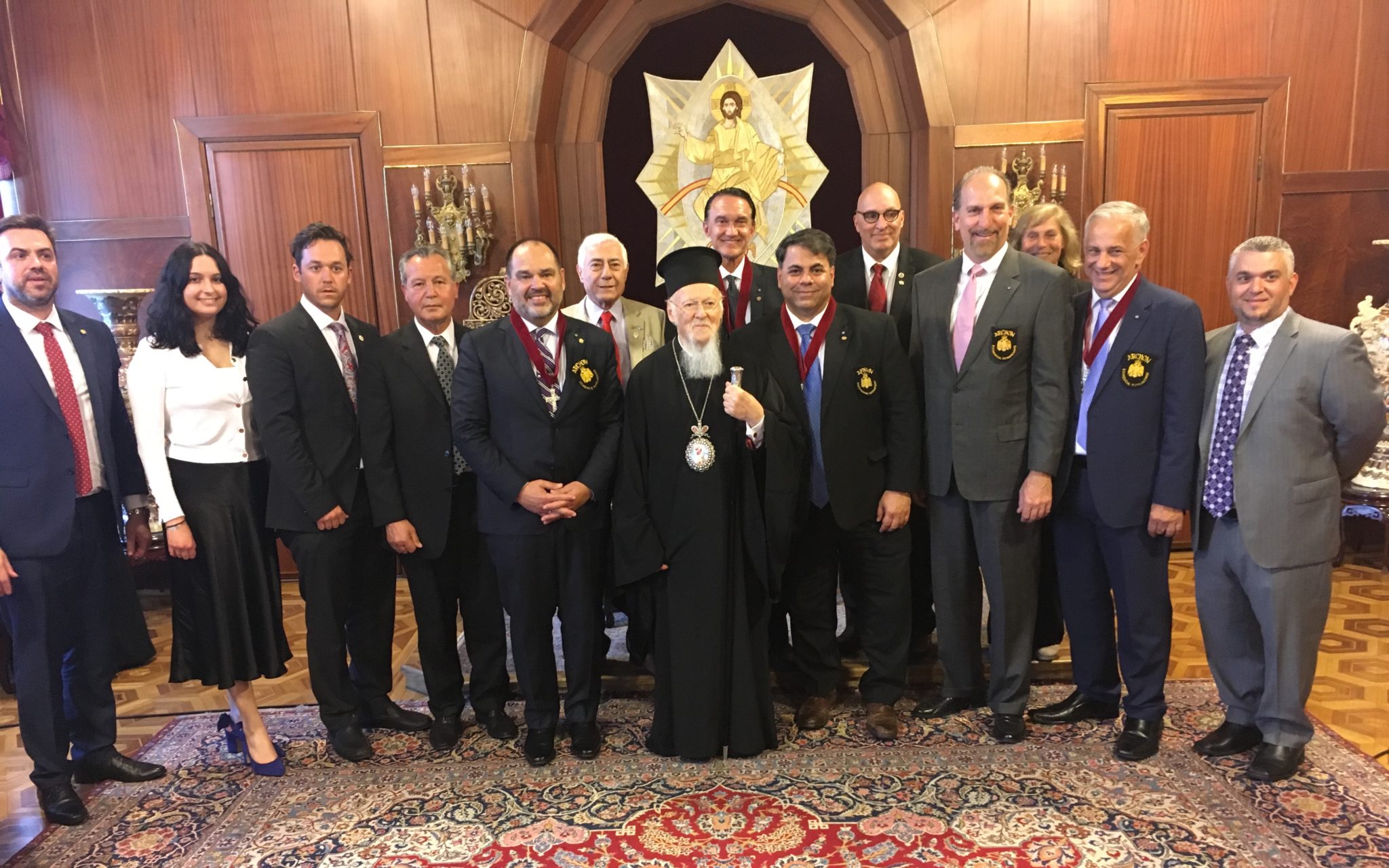 “We had the honor and good fortune to congratulate and meet with newly-elected Archbishop of America, His Eminence Metropolitan Elpidophoros of Bursa, soon after the announcement,” Supreme President George E. Loucas said. “On our previous annual visits, His Eminence Metropolitan Elpidophoros graciously met with us and took the time to lead us on tours of the Theological School of Halki.  We look forward to welcoming him to the United States. Axios!”

According to Supreme President Loucas, the delegation took pride in being fortunate to be the first delegation to meet the newly-elected Archbishop.

In a private audience with Ecumenical Patriarch Bartholomew, Supreme President Loucas reaffirmed the AHEPA family’s unwavering support for the Ecumenical 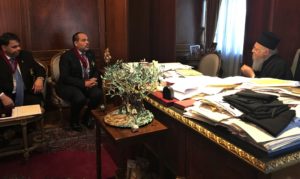 Patriarchate and presented His All Holiness with a $25,000 joint donation from AHEPA and the AHEPA Canadian Foundation.

“We are steadfast in our support for religious freedom and human rights for the Ecumenical Patriarchate and all religious minorities in Turkey,” Loucas said. “We will continue to press for these universal and fundamental rights and for the reopening of the Halki Theological School.”

During church services on May 11, His All-Holiness Ecumenical Patriarch Bartholomew extended his warm thanks to the delegation for attending the services.