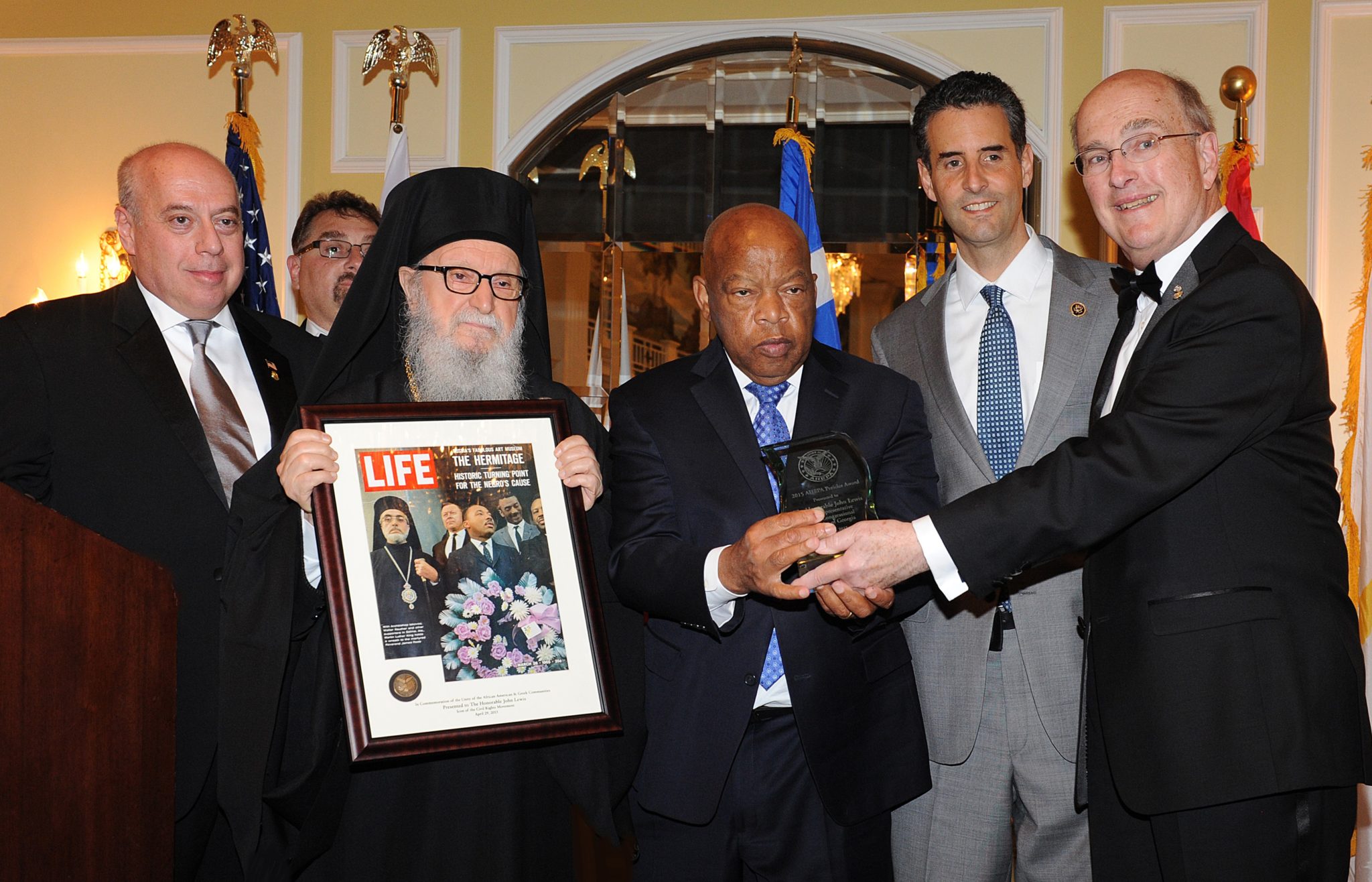 “Ahepans mourn the passing of U.S. Representative John Lewis, an Icon of the Civil Rights Movement.

“Congressman Lewis dedicated a lifetime of service to America as a champion for Civil Rights, human rights, and equality. He served as an inspiration to generations of Americans for his moral courage and strong conviction that there is ‘not any room in our society for discrimination based on race, or color, or faith, or what part of the world you may come from.’

“We recall with great appreciation and fondness his acceptance remarks to our audience, ‘When Dr. Martin Luther King issued a call, members of your church responded, and we will never forget it. And fifty years later you came to Selma to walk with us. Thank you.’

“It is our society that is thankful to John Lewis for his lasting commitment to service and justice through nonviolence, which has made America a more perfect Union.

“Our deepest sympathies and prayers are with the Lewis family. May his memory be eternal.”

In 2015, AHEPA presented Congressman Lewis with the AHEPA Pericles Award and a custom-framed copy of the historic March 26, 1965 issue of Life Magazine “Memorial at Selma” with Dr. Martin Luther King, Jr. and His Eminence Archbishop Iakovos on the cover at the 41st Biennial Congressional Banquet held at the Willard Intercontinental Hotel, Washington, DC. The inscription written on the frame stated in part, “In Commemoration of the Unity of the African American and Greek Communities.” Lewis sustained severe injuries from the beatings he received as a participant in the “Bloody Sunday” voting rights march on March 7, 1965.

Congressman Lewis was a member of the Congressional Caucus on Hellenic Issues.

PrevPrevious PostSanction Turkey! Stand Up and Fight!
Next PostAHEPA Marks Somber 46th Anniversary of Invasion, Occupation of the Republic of CyprusNext