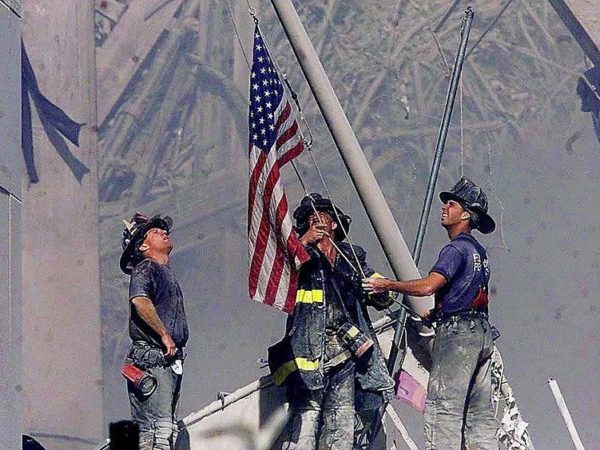 “Today, on the seventeenth anniversary of September 11th, we remember the nearly 3,000 people, including 39 Greek Americans, who lost their lives in the terrorist attacks against the United States. We can never forget their sacrifice and our thoughts and prayers will always be with them and their families. Their memories will be eternal.

“In times of tragedy, there are always individuals, whether they are emergency first responders or ordinary, everyday civilians, who are the first to respond.  We salute and thank them for their brave acts of heroism on that fateful day in American history.

“Today is also a National Day of Service. AHEPA encourages the community to not only remember the victims of September 11, but to also honor their memories by participating in acts of service that help to strengthen our communities, neighborhoods, towns and cities.

“As a reminder, AHEPA continues with its campaign to provide assistance in the wake of late July’s wildfires that devastated the eastern Attica region of Greece. I just returned from visiting with victims at Evangelismos Hospital, surveying the towns of Mati and Rafina and meeting with government and fire brigade officials.

“Together, we can all play an important role and provide a positive impact through volunteerism in support of service initiatives.”